Looking back on the Refugee Film Festival

As part of Refugee Week this year, Leeds City College hosted a Refugee Film Festival at their Quarry Hill campus to enhance the recognition and representation of refugees and asylum seekers across the region.

The event showcased films of powerful stories about refugees and asylum seekers as well as hosting guest speakers and filmmakers who shared their experiences and vision behind the stories. 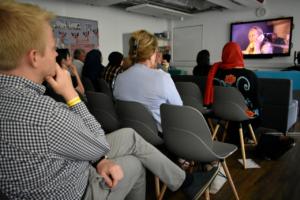 Among the guest speakers was Hadayat Ali, the father of Rabea, and himself a Rohingyan refugee, who spoke about his and his family’s journey to the UK. Joining him was film producer, Tom Harmer, from Faith + Bones, storytelling for humanity, who produced the film Rabea. 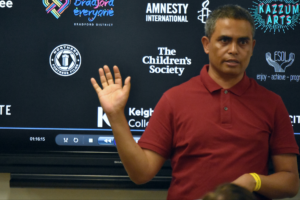 The evening provided a safe space and platform for conversations amongst guests to talk about the challenges refugees and asylum seekers face every day. 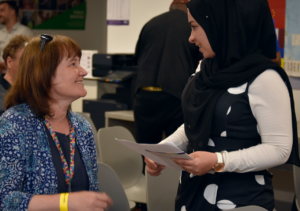 The event welcomed charity partners that work with local communities to support refugees and asylum seekers such as Care4Calais, a volunteer-run refugee charity working with refugees in the UK, represented by Frances McLean programme Manager for Health, Science and Social Care.

Group Project Coordinator, Mariam Kauser, whose Innovation and Development team led the film festival project, was delighted to see the success of the evening.

“Our first Group-wide Refugee Film Festival went quite well. The events were open to our students, staff, the public and partners.”

“We were honoured to provide a platform for both narrative and documentary films to illuminate the refugee and asylum seeker experience internationally.”

“The films were sourced from international and local filmmakers; consisting of individuals, and charitable organisations who work in this sector around issues of supporting and widening representation with marginalised persons and communities.

“As a team, we valued the ability to connect with local filmmakers, community groups and people who advocate for the rights and representation of refugees and asylum seekers.”

“We hope to do more festivals at Luminate like this in the near future, to project the voices and lives of our learners and staff, and to increase representation and awareness of the diverse and resilient souls who make up our culture.” 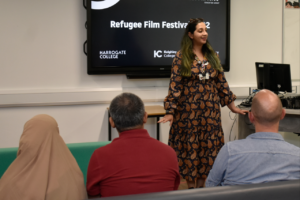