On 14 July, we hosted our first in-person awards celebration in two years, which recognised and rewarded inspiring and talented young people who have excelled in their courses and extracurricular activities over the last year.

This glittering awards event, now in its sixth year, recognises and acknowledges the amazing achievements of students at the college, often against extreme adversity.

Over the past two years, the popular awards ceremony was held online and this year, the event took place at The Venue at Leeds Conservatoire with a fresh new format that included the band The Shades Collective, and was hosted by Conservatoire students, Katie Shortt and Linda-Ray Ndlovu.

Bill Jones, Principal of Leeds City College in his opening address commended the winners and runners up.

“The main reason we’re here as a further education college is skills – and some of the awards recognise those that have excelled in the skills that local employers and communities need, particularly those skills in the growth sectors that are going to build and strengthen our economy and the communities of our great city.

“We want to equip students with the adequate skills and opportunities to help them develop their self-confidence. We are celebrating those students who exemplify our values, such as helping and supporting others. Students who have contributed to our strategic priorities such as commitment to the climate emergency and preparing for a carbon net zero world.

“All of our students’ achievements need to be celebrated, as do those of our fantastic staff, and the awards event was an opportunity to spotlight those who have excelled.

The college is the largest member of Luminate Education Group with over 20,000 students and more than 1,300 staff.

Shaid Mahmood, Chair of Governors for Luminate Education Group congratulated the winners and nominees in his closing address, and encouraged them to have ‘no regrets’ and to have ‘rebellious hope’ in pursuit of their dreams.

“We have all had a teacher that sees something in us and supports and motivates us to achieve our goals, teachers who have made a huge impact in our lives and helped us to move forward.

“The students that we have seen nominated for an award have all had interactions with a positive person in our community who has served as a role model in their lives; a tutor, a teacher, or someone from support services who may have said one thing that has helped them move forward in life.

“I wish all nominees and winners the very best and encourage them to go out there and chase their dreams with as much passion and commitment as they have at college.”

With over 49 nominees and 10 awards, there were a number of big winners. 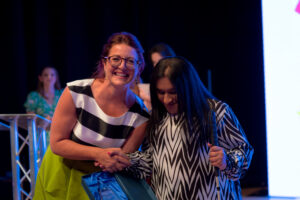 Juwairia Junaid, who is studying the Level 2 Extended Diploma in Health and Social Care, won the award for overcoming adversity.

Described by her tutors as an ‘outstanding’ learner, Juwairia approached every class with enthusiasm and engagement and always asked thought-provoking questions throughout each session.

Juwairia was born blind and uses technology and software to access her work. She is also accompanied by a learning assistant to help her move around at college.

Despite those extra challenges, she has excelled in her studies and is on course to achieve top marks. She has also found time to co-host a local radio show that shines a light on issues affecting the disabled community. 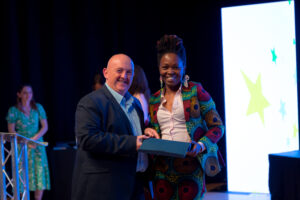 Doris Ofori, meanwhile, won the award for creativity and innovation.

Doris, who is originally from Ghana, studied the VTCT Level 1 Diploma in Hairdressing and made it to the Concept Hair magazine finals. She excelled at the event, demonstrating creativity and flare to a panel which included celebrity stylists and sponsors. From 1,700 applications, Doris won Learner of the Year in her category.

She has not stopped and is now working towards more national competitions. 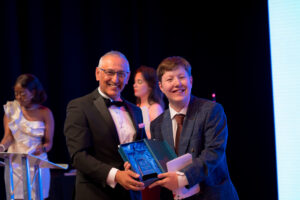 Star Award winner, Theo Madden, has been at Leeds City College for three years, where he started on the Level 2 Media course and progressed onto the Level 3 Extended Diploma Creative Media Practice course.

Diagnosed with KBG syndrome, a rare genetic disorder at a young age, Theo discovered his passion for football at the age of six and knew then that he wanted to become a football commentator.

His aim is to become a special educational needs and disability (SEND) mainstream football commentator and ‘make a mark in the sports industry’.

The Barnsley Youth Council member, who is also part of the Barnsley SEND forum, has spent a lot of time campaigning about equality issues and the perception of young people with disabilities.

In early 2021, he won an award from the High Sheriff of South Yorkshire for outstanding work and dedication/contribution to the community.

Making an impact through digital communication 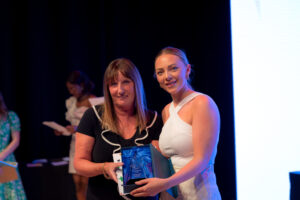 When Digital Officer, Amy, decided to take on a digital apprenticeship, she was doing secretarial work at a GP practice as well as basic communications, including website maintenance and social media management.

During the pandemic, Amy’s digital campaign that raised awareness of Covid-19, , was recognised by BBC Look North.

Meanwhile, EDI Advocate award winner, Kola Ayeni, moved to the UK three years ago from Austria and enrolled on the Access to HE in Creative Industries course in 2021. 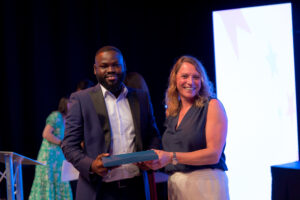 Finding it challenging to make friends at the beginning, he found his confidence and proactively built positive relationships with everyone in class.

Kola has since produced a podcast that focuses on Black men’s mental health, a topic rarely spoken about. He has also collaborated with Leeds 2023 and MindMate Leeds, to raise awareness of mental health amongst ethnic minority men. 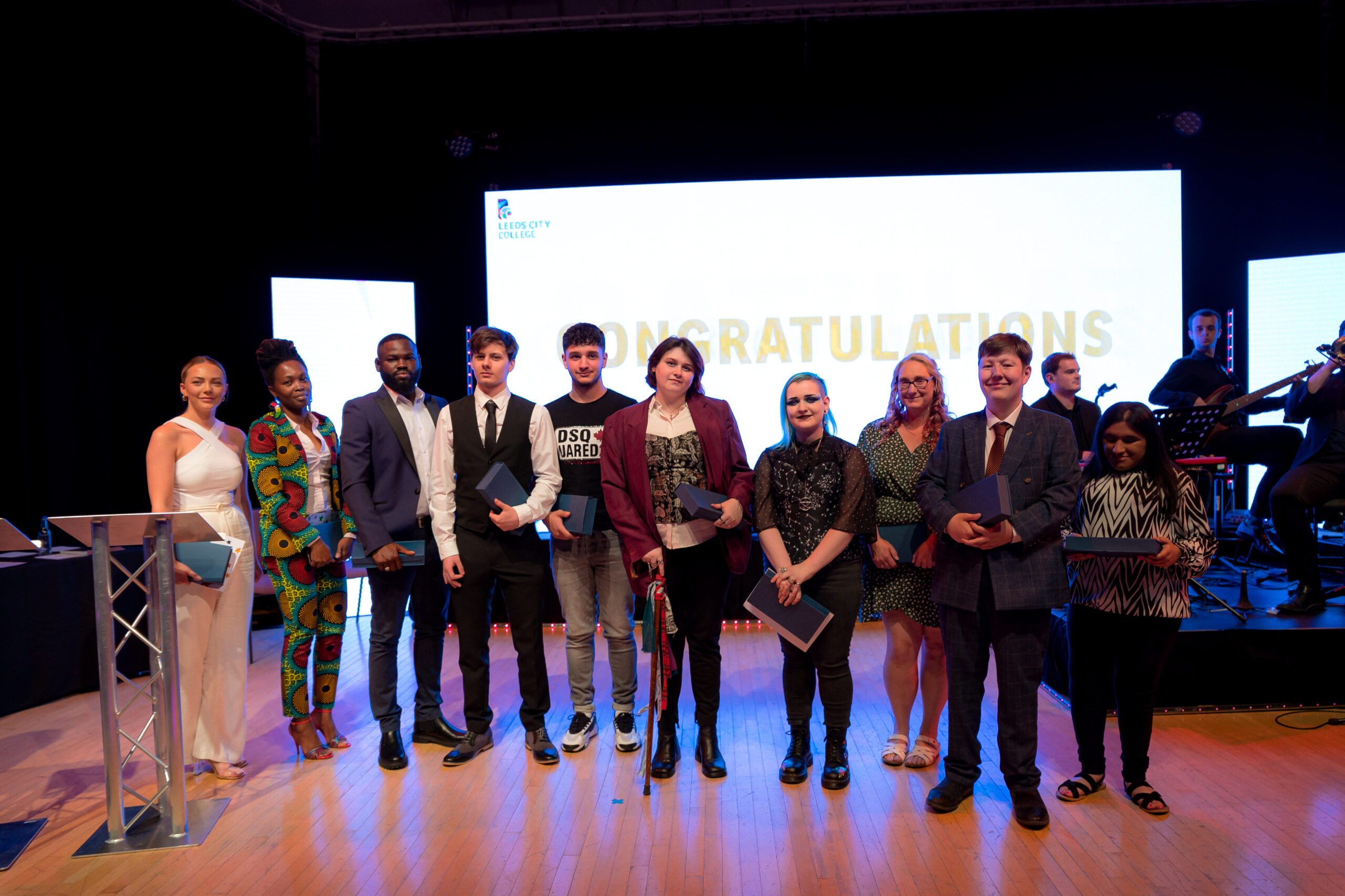