Six of our Access to Health Science Professions students have received £500 from the Sir George Martin Trust for their commitment and hard work over the last nine months.

The awards ceremony took place at the Quarry Hill Annexe where Roger Marshall, Chair of the trust, presented the certificates and cheques to the students.

Roger said: “We’d like to congratulate the winners of these awards. We are very keen that adult learners should be given some sort of incentive that recognises and celebrates what they have achieved.”

Sheila Lucciarini, Interim Assistant Principal at Quarry Hill, added: “We need so many nurses and health professionals in Leeds.

“What we have seen with this cohort is people who are passionate about working in healthcare and who want to make a difference, not only to society but in the region.” 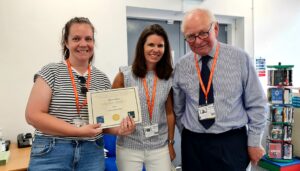 Praised by her tutors for being ‘extremely resilient and ambitious, with a clear goal of what she wanted to do’, Joanne achieved distinctions throughout the course. She had to fit in her studies around full-time work, so attended evening classes.

Joanne, who plans to put the money towards taking her children on holiday, said: “I already have a degree in Childhood Studies but I felt like it didn’t lead me to any kind of career. It was something that I just did when I was 18, but I was not really sure what I wanted to do.

“It is a great course if you want to go into higher education. As a single mum for the last nine years, I felt quite nervous coming back to education, but this course helped me come out of my shell and progress. I also had really supportive tutors who were always available and very responsive.”

Joanne is off to study a Masters in Speech Language Therapy at the University of Manchester in September.

Victoria, who has worked in healthcare for 21 years, was recognised for her resilience and commitment as she had to overcome a number of challenges during her course. Those included having to look for a new house during the pandemic, but she found inspiration through her daughters. 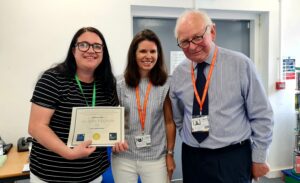 “Hard work pays off and that is something I wanted to demonstrate to my kids, that if I can do it they can do it.”

She is aiming to be a nurse, and has secured a place at Leeds Beckett to study mental health nursing.

“I want to be able to make a difference in someone else’s life. If I can add value in what I do then I know I will have done something right.” 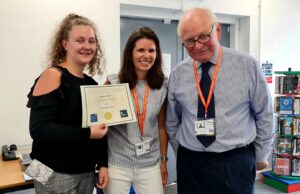 Letisha’s passion for helping people came about as a result of looking after her mum, who has poor health, for a number of years.

Letisha was a qualified hairdresser but, finding that the work didn’t suit her, ended up moving into homecare.

“I have worked in health and social care for six years. It was through the nursing home where I was working that I found out about the Access course, as one of the nurses I worked with had completed it.”

Letisha worked full-time while doing the course, and had to balance looking after her mum and daughter with her studies.

“Despite the challenges, the course has been worth every minute. The tutors were supportive. While it took a while to get back into studying again full-time, it was rewarding.

“Being able to learn something new everyday, and gain a better understanding, was great. It gave me a different perspective. To learn the theoretical aspects and then put them into practice has been amazing.”

Letisha is passionate about working with adults and has secured a place at Leeds Beckett to study adult nursing.

She said: “I have always wanted to become a nurse. I have worked with the elderly for several years and I enjoy it. Being able to give patients the best quality of care, especially those who are at the end of life stage, is fulfilling – knowing that I have been able to help them in some way gives me peace.”

Chantelle Emmanus, meanwhile, was recognised for being a very positive student who always rose above any challenges. 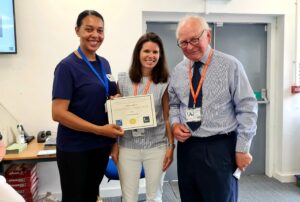 Chantelle, who has been working in care for the last four years, discovered her passion for health and social care after a trip to Bangladesh through the Voluntary Service Overseas (VSO).

“Before travelling to Bangladesh I had been working in a call centre, but I knew I wanted to do something more with my life.

“The trip was eye-opening and I got the chance to explore women’s rights and sanitation. I had always wanted to work in the healthcare sector, but I felt that now was the time to explore my career options.”

Talking about the course, Chantelle said that while it had its challenges it was also rewarding.

She said: “I had not been in education for about 14 years, so it was very hard to come back and find balance between working and studying. I am thankful for the organisation I work for as they have allowed me to work around studying.

“It has been amazing meeting like-minded people who are also wanting to pursue careers in a similar field. The Access course has allowed us to progress and gain the qualifications needed for university.”

Chantelle, who is off to study mental health nursing at the University of Huddersfield, is hoping to one day open her own care agency, with a key focus on learning disabilities.

Described as ‘very independent and proactive’ by her tutor, clinical support worker Emma Dagless discovered she wanted to work in the healthcare sector after looking after her grandmother. 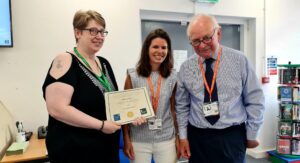 She said: “While working as a clinical support worker, I knew I wanted to do more. But I didn’t have A levels and didn’t know how I could go about it, until I discovered the Access course through my daughter.”

Emma, who is off to study adult nursing at Leeds Beckett in September, said she had not studied anything science-related for 30 years.

“It was difficult to find my flow initially, but being organised helped me and I am over the moon that I got the grades I needed to get into university. Winning this award also means that I can get a new desk chair.”

A leap of faith 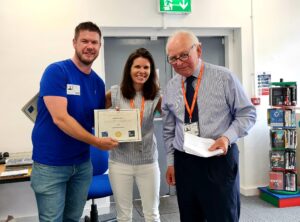 For the last 17 years Jack has worked as a bus driver, but it was not until last year that he decided it was time to pursue a career he really enjoyed.

Jack, who had not been in education for 20 years, said he was worried about how he would get on academically but once the course started he found his feet.

He said: “I did a lot of preparation before I started and that helped put my fear aside. I really enjoyed the course and although it was challenging at times, I feel like I thrived and I am really proud of what I have achieved.”

Jack has now secured a place at Bradford University, where he will study paramedic science from this September.

“The Access course has given me a good foundation for university and I feel prepared for the next phase of my academic journey.”

For more about courses at Leeds City College visit the website 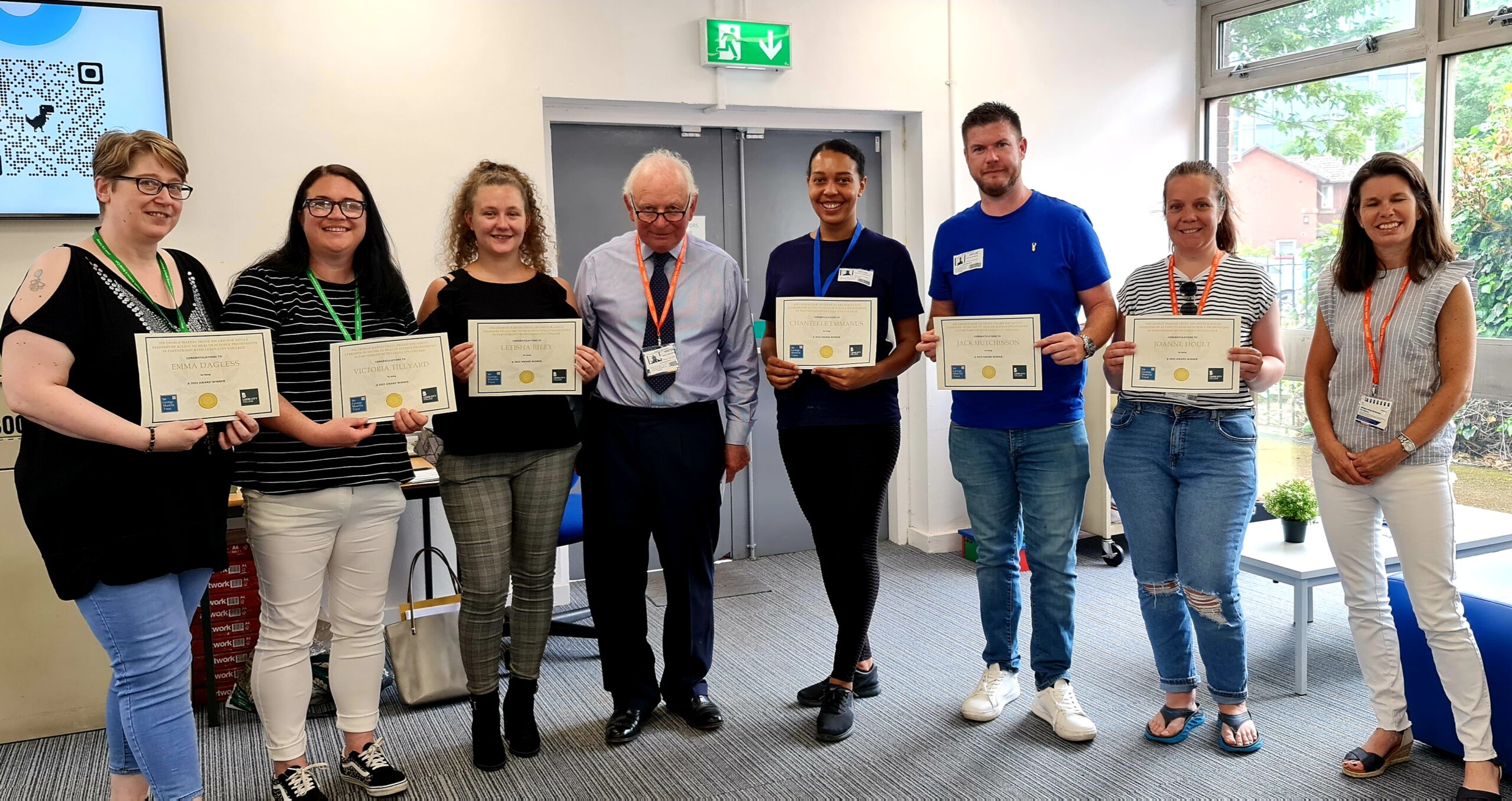