For many people, finding a true calling typically involves missteps, mistakes and frustrations before unwittingly landing in the perfect job, however, for School of Sport Science & Exercise alumnus, Shannon Lacey, it was meeting a professional rugby league player that helped shape her journey.

We caught up with Shannon to find out about her studies at Leeds City College and University Centre Leeds, her passion for rugby and her role as Women and Girls Rugby League Development Officer at Leeds Rhinos Foundation.

Shannon’s rugby passion kicks-off
Shannon’s passion for rugby began at 13 when she started playing. She played for the school team and was encouraged by a guest speaker who would later help shape her career.

Shannon says: “I started playing rugby when I was 13. Lois Forsell came in to school from the Leeds Rhinos Foundation to deliver a session which further encouraged my interest. I also played for the school team.”

She was going to concentrate on vocational studies but was encouraged to pursue an apprenticeship.

Shannon says: “I left my sixth form and was just going to enrol at Leeds City College to study sport but Lois suggested there might be the opportunity to complete an apprenticeship if I was keen.

“I shadowed Lois for the first bit and watched her coach, then I got my Level 2 qualification and progressed to delivering sessions on my own. I helped at tournaments, supported community clubs, refereed and more,” she adds.

Such an apprenticeship is highly rewarding for any sports fan and nurturing the next generation of athletes is inspiring. Shannon admits she finds working in the schools her favourite part of her role.

“I enjoy working in schools and find it rewarding when we engage girls in rugby and get them to join a community club or get to see them progress,” says Shannon.

And it’s not just engaging students in rugby that Shannon enjoys, she is also a rugby player herself and plays for the Leeds Rhinos Women squad.

An athlete’s ambition
Shannon is now studying a physical education foundation degree at University Centre Leeds and has ambitious plans to study further, become a teacher and compete at national level.

She says: “My ambitions for the future are to complete my foundation degree, study a top-up degree, complete my PGCE and become a teacher. I would also like to play in the world cup in 2021.”

Based on Shannon’s success so far we have no doubt that she’ll succeed in her goals. 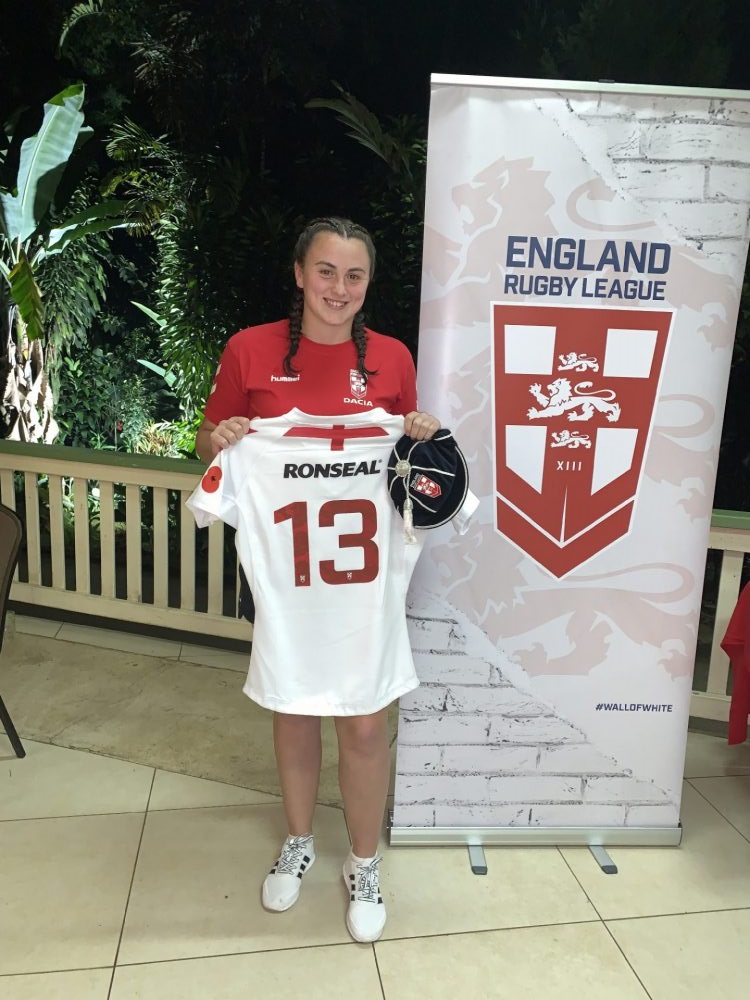