Refugee Week – The Power of Healing Through Film

Established in 1988, Refugee Week is a UK festival that takes place between 20-26 June. It is a festival that combats the negative stigma of refugees and asylum seekers and celebrates their resilience and contributions to society. It is a chance to understand the challenges they face when seeking sanctuary and to help create a supportive community where they can live safely.

This year, the theme for Refugee Week is ‘Healing’.

Leeds City College strives to create a safe space where people can heal and rebuild their lives in a welcoming community with mutual care and respect.

Refugee Week has highlighted some simple acts that we can do to stand with refugees and help them heal.

During this year’s Refugee Week, Leeds City College is hosting a Refugee Film Festival, an evening of thought-provoking short films, guest speakers and local filmmakers to share stories of asylum seekers and refugees in Yorkshire.

This event aims to educate our students, staff and wider community about the challenges of those seeking sanctuary and provides space for open dialogue and reflection.

This event is welcome to everyone and also welcomes community groups and partners that work locally to improve the lives of refugees, asylum seekers and migrants.

‘Rebea’ by Tom Harmer – As a Rohingya Muslim and refugee from Myanmar, sixteen-year-old Rabea Sultana understands the power of her story and the value of her freedom. The opportunity she received of UK citizenship and new life in Bradford is one she intends to use through her voice for the benefit of all humanity. 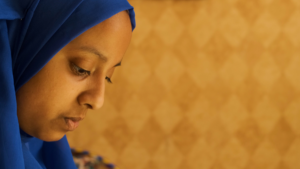 ‘What You Know About Patience’ – Kazzum Arts – ‘What you know about patience?’ shares the complexities and challenges facing young people seeking asylum in the UK. The animation has been inspired by the experiences of young people engaging in Kazzum Arts’ Pathways programme. 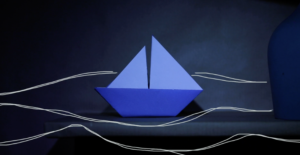 ‘Ruth & Safiya’ – Louisa Rose Mackleston – Ruth & Safiya is a story about friendships in unlikely places, challenging stereotypes, and the power of community. Ruth, an isolated pensioner, meets Safiya, a teenage Syrian refugee who is haunted by the life she fled from. Filmed on location in Skipton, the story is set in an allotment, showing the power of the earth and nature in creating a bond that transcends age, race and nationality. 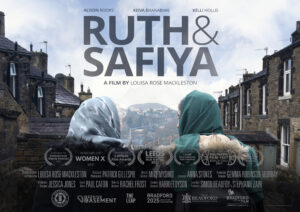 ‘Guardians’ – Children’s Society – A Youth-led Commission on Separated Children (YLCSC), a group of young people previously supported by The Children’s Society. They have come together through shared experiences of the asylum process and the vision that all separated children in England and Wales should be supported by a legal guardian. 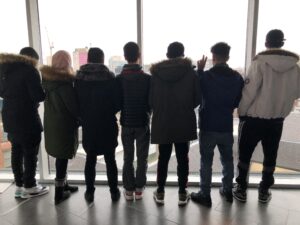 ‘A Life On Hold’ – Marc Silver, Nick Francis – A Life On Hold is an intimate portrait of Omar, a 17-year-old stranded in a refugee camp since the 2011 war in Libya. It offers a unique perspective of one person amongst thousands waiting for a chance to start their life again in a safe country.

‘Rain Is Beautiful’ – Marc Silver, Nick Francis – This follow-up to A Life On Hold begins with emotional farewells at a refugee camp as Omar leaves his friends behind to begin a new life in Sweden.

‘Then I Came By Boat’ – Marleena Forward – This short documentary tells the story of Tri Nguyen’s childhood escape from war-torn Vietnam, and his eventual resettlement in Australia. 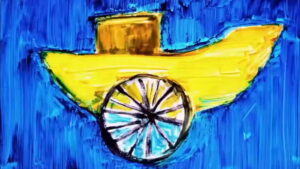 ‘One Day With Me’ – Nelson Rodríguez – Leeds City College ESOL student, Nelson Rodríguez, leads us through a day in his life and introduces the staff supporting his education.

There will be guest speakers throughout the evening.

Frances McClean is a volunteer at Care4Calais a volunteer-run refugee charity working with refugees in the UK, France and Belgium.

Film producer, Tom Harmer, from Faith + Bones, storytelling for humanity will be talking about his film Rabea.

Hadayat Ali, father of Rabea, and a Rohingyan refugee.

Hamida Khoder will be there reading her short story ‘Nora and The War.’

There are many ways that we can show support to refugees and asylum seekers in the UK. This could be by volunteering at a local charity, donating clothes or raising money.

Take a look here at 10 local, regional and national charities and organisations that you can support.

Check out this helpful guide for understanding what refugees and asylum seekers are and how to help.