The All Party Parliamentary Group for Video Games and Esports Chair, visited the Creative Arts School, which is home to 1200 students and has an ESports lab, dance and music studios, TV and media studio and the 200-seat Chroma Q theatre.

Rob, Bill and Suzy outlined their vision for the department and future plans for expansion. They also told the Labour MP that a lack of government funding within the sector was having a direct impact on recruiting staff with subject-specific skills.

Rob said: “We are happy to have hosted Alex Sobel and to have shared our vision for the department. We run a number of courses that include computer games, animation and esports and our curriculum is responsive to the needs of the games and animation industries.

“Alex is an advocate of education, particularly the digital arts, and getting the opportunity to discuss the most pressing issues and challenges we are facing as a department and sector was encouraging.”

Other key topics covered during the tour included the importance of making connections with industry bodies and SMEs across the region, to encourage more work experience for students. There was also an in-depth discussion about the under-representation of female students in the games industry.

Rob added: “It is not only important for us to encourage girls, who in some cases, feel unseen in an industry perceived as ‘male’. It is also our duty to educate boys and help them understand how they can help combat the negative stereotypes.”

After the tour Alex spent time with the second year level 3 games development students, who were exhibiting their final work at Mabgate studios, as part of the Creative Arts Fragments exhibition.

He spoke to several learners about their experience of the course and had a tour of their 3D virtual gallery space, using a VR kit.

Alex said: “What an inspiring group of young people, with so much talent. It was great to see their work and talk about opportunities within the video games Industry.” 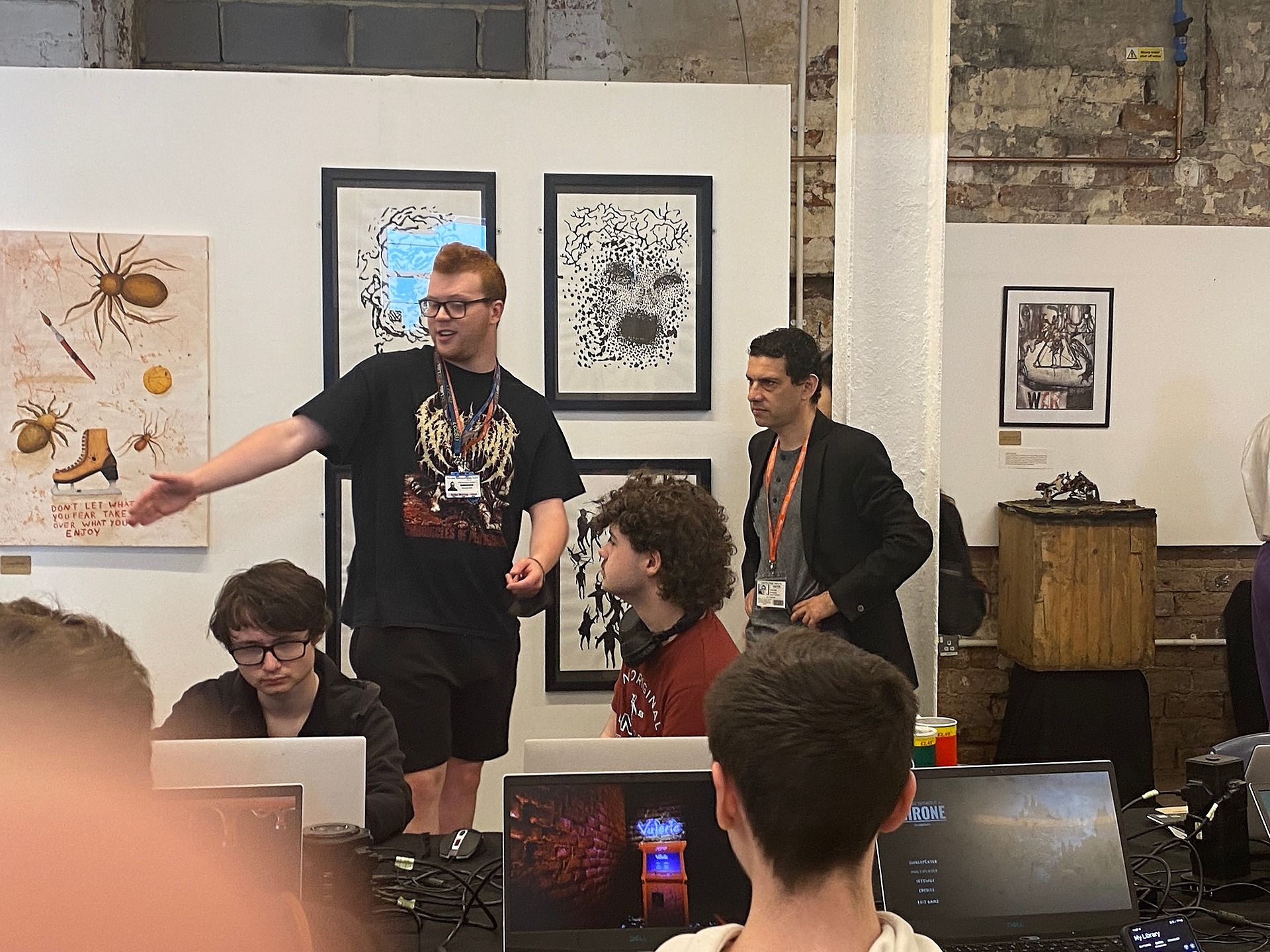